Home
About
Get There
Tickets

By Flashback Theater Co. (other events)

Adapted by Mountain Community Theater from the novel by Valentine Davies
Based upon the Twentieth Century Fox motion picture.
Directed by Jade Ellis

By chance, Kris Kringle, an old man in a retirement home, gets a job working as Santa for Macy’s. Kris unleashes waves of good will with Macy’s customers and the commercial world of New York City by referring parents to other stores to find exactly the toy their child has asked for. Seen as deluded and dangerous by Macy’s vocational counselor, who plots to have Kris shanghaied to Bellevue Psychiatric Hospital, Kris ends up in a court competency hearing. Especially at stake is one little girl’s belief in Santa. 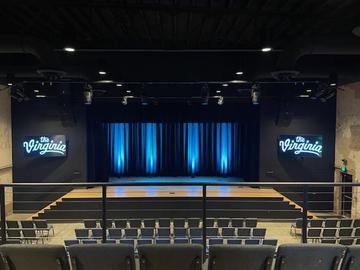 Due to licensing restrictions, photos and video of this performance are not permitted.

Please plan to arrive at least 15 minutes prior to curtain. Unclaimed seats may be released to a waiting list at 10 minutes before curtain.

other events by this organization